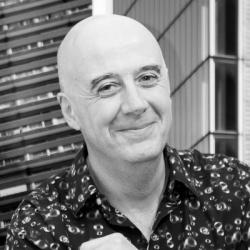 Virtual Gallery
Biography Artistic Process Articles Awards / Exhibitions
Beyond the great question of the "Origin of life" and its mystery, the natural structure, matters, forms and hues of nature are the basis of Bruno Palisson's inspiration.

The subjects often impose themselves on the Photographer as evidence after a long time of coexistence, revealed by emotion, feelings, sensations… This is how his travel photographs are his own story and his occasionally dreamy thoughts. These are explorations of before, during and after. They are also doubts and hesitations, moments and paths that must be tried, attempted, since “as we reveal ourselves, we are never wrong”.

The works are a means to transport the Artist's memory, and are in perpetual motion. Bruno Palisson tells a photographic story that he piles up and superimposes, overlays or transparence as a life that unfolds, and piles up with intensity of this unspeakable mixture of past, present and future.

Bruno Palisson's photographs are not recognisable landscapes or clearly identifiable objects, but moments and/or suggested thoughts, which he recommends to browser and share.The artist invites us on a photographic journey of his imagination and his memories, like moments in suspension.
Equanimity
What could be more banal around the age of 50 than trying to understand what is essential to our existence and taking a step back from the race we are leading within our society, and try to put this last stage of our existence into perspective. At the same time try to understand this distancing, this frightening but abstract crevice, hence the difficulty of apprehending it, which we continue to constantly enlarge with nature, until the break, which perhaps will bring us to our loss ?
I thus wished to get closer to the elements, the Earth, the Air, the Water and the Wood which are familiar to me and which however I do not look at enough. I observed, contemplated then meditated, I exposed myself, at least I coped without cheating, in order to become one with the moment and these elements. To be with them, to go to the essential, to the simplest, and to be as close as possible to our origins to perhaps be better reborn and perhaps for the first time, to live.
It is this reunion with our origins, this nature, ourselves, that I wanted to share with you.

See all
In Our Intimate Moments
In this series, my objective was to freeze time in order to capture its emotional dimension. Indeed, our relationship with time, the wounds of our past, the illusions of our future, the fears that each situation can resurrect have made me want to share the hope that these photographs represent.

In our Intimate Moments - 01

In our Intimate Moments - 02

In our Intimate Moments - 03

In our Intimate Moments - 04

In our Intimate Moments - 05

See all
From Glass to Reflections
At 8 a.m. , at the end of the morning light, the sun overflows its rays on a winter morning, bestowing this spectacular sight upon me for an hour. The silence and solitude in these still lifeless offices intensify the sight, even if I had already passed two early risers, perhaps the temple keepers. I allow myself to be imbued in this daily routine where a exceptional view emerges. I become one with this privileged moment which reveals mystery and reflection and plays with this fascinating light.
Overwhelmed by the reflections of this glass area of a light merchant, with its infinite views of Paris, I am lost and recalled the glass labyrinths of the funfairs where everything is intertwined and intermingled. As a child I thought I was on my way out to the exit, but with the laughter that hide my fear, I would escape.
Today, neither laughter nor fear, but it is as if i am intoxicated by the panorama that surrounds me almost 360°, trying to decompose and therefore recompose the reflections of these landscapes that bounce endlessly before my eyes, without the possibility to catch one.
Quickly, i should hurry up. I have less than an hour in three mornings, I have no time to think, I let my heart move, I pull out Bam Bam Bam...
- Hello, how are you? Yes, good morning, thanks and you? The hour has passed, about forty people come to settle down and get busy.
However, I couldn't resist going back to watch the sunset...

From Glass to Reflections - 1

From Glass to Reflections - 2

From Glass to Reflections - 3

From Glass to Reflections - 4

From Glass to Reflections - 5

See all
From the Earth to the Moon
The series From the Earth to the Moon is a visual translation of the contemplation on the meaning of life. It is composed of fragments of landscapes, photographed in my most pensive moments, in order to capture the strength and beauty that nature represents. These images epitomise the search for a state of consciousness and the fusion of a timeless moment with the present moment: a shift towards the absence of thinking and instead, simply being. I walk from the earth to the moon, carried by the wings of the beauty of life, out of reach of the wounds of the past and concerns of the future.

See all
Délit de Fuite
“Pursued by the Thought Police, he took the ring road - not entirely deserted - so quickly that the flashlights could not reach him. His visions haunted him, he couldn't get rid of them. His thoughts banged dully in his head. He had broken all the rules.” -- Translated from the short story "Délit de Fuite" by Bruno Palisson

See all
Train of Life
One day I took the train of life ...
I was between 8 and 10 years old and I had just received a circuit 24 as a Christmas present. The next day, after leaving my uncle and my grandmother, I returned from Lille by compartment train with my parents. It was from this train that my escapes started through the windows where I flew above these kinetic landscapes, as fast as the train since I had just received a racing circuit.
It is also the memory of our 8mm vacation films with my cousins ​​which irremediably emerge superimposed on these landscapes, a bit like a perfume that you smell again, and which brings you back to a specific person, a place or a memory, even a 40-year-old one. These jerky images with their distinctive colors were already a work of art in themselves.
These landscapes of passing trains captivate and transport me, like an endless film through which my memories unfold and are linked with the sensation that an instant lasts five minutes and that a few years pass in a minute. This ends up making me fall half asleep where I wander in dreams to which at one point I wake up, once again, to these threaded landscapes that pass by.

See all
Peripheral Visions
Moving from reality to fiction, the series Peripheral Visions is the continuity of my Landscapes of Highways series, which laid the ground for a certain, enigmatic darkness. A ring of tension without human care, filled with pollution, a product of our existence… And yet, this giant merry-go-round unravels before our eyes into a cinematographic urban scene, in its fascinating, perpetual movement.